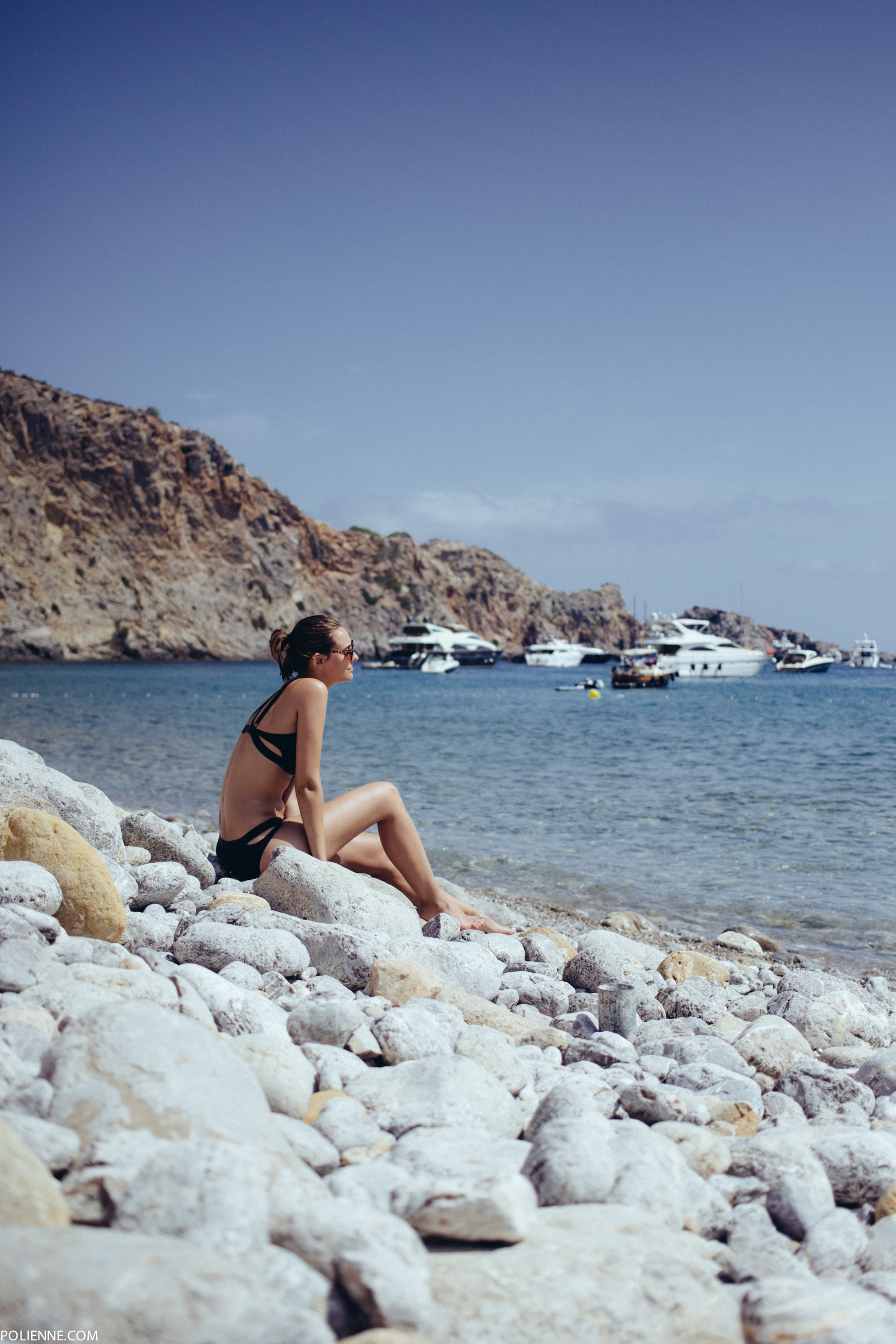 After observing people rushing through the streets with umbrellas, biker boots and rain coats from my window earlier today, I unfortunately had to admit to myself that Summer is now officially over. We usually still have an indian summer later on in September, but it’s not quite the same to face bare legs after you’ve put on black tights for the very first time in the season. I’m still trying to postpone those damn tights, by the way…

The best way to overcome this little rainy dip is probably by thinking back of better and warmer times, for example my last few hours in Ibiza last month! After we had visited a crowded public beach and a more remote beach, we also wanted to spend a day at a more luxurious place. We drove to Yemanja Beach, located at Cala Jondal in the South of the island. With its rocky beach, delicious menu and exotic umbrellas it’s a more relaxed alternative of its super trendy (and overly expensive) neighbour Blue Marlin. 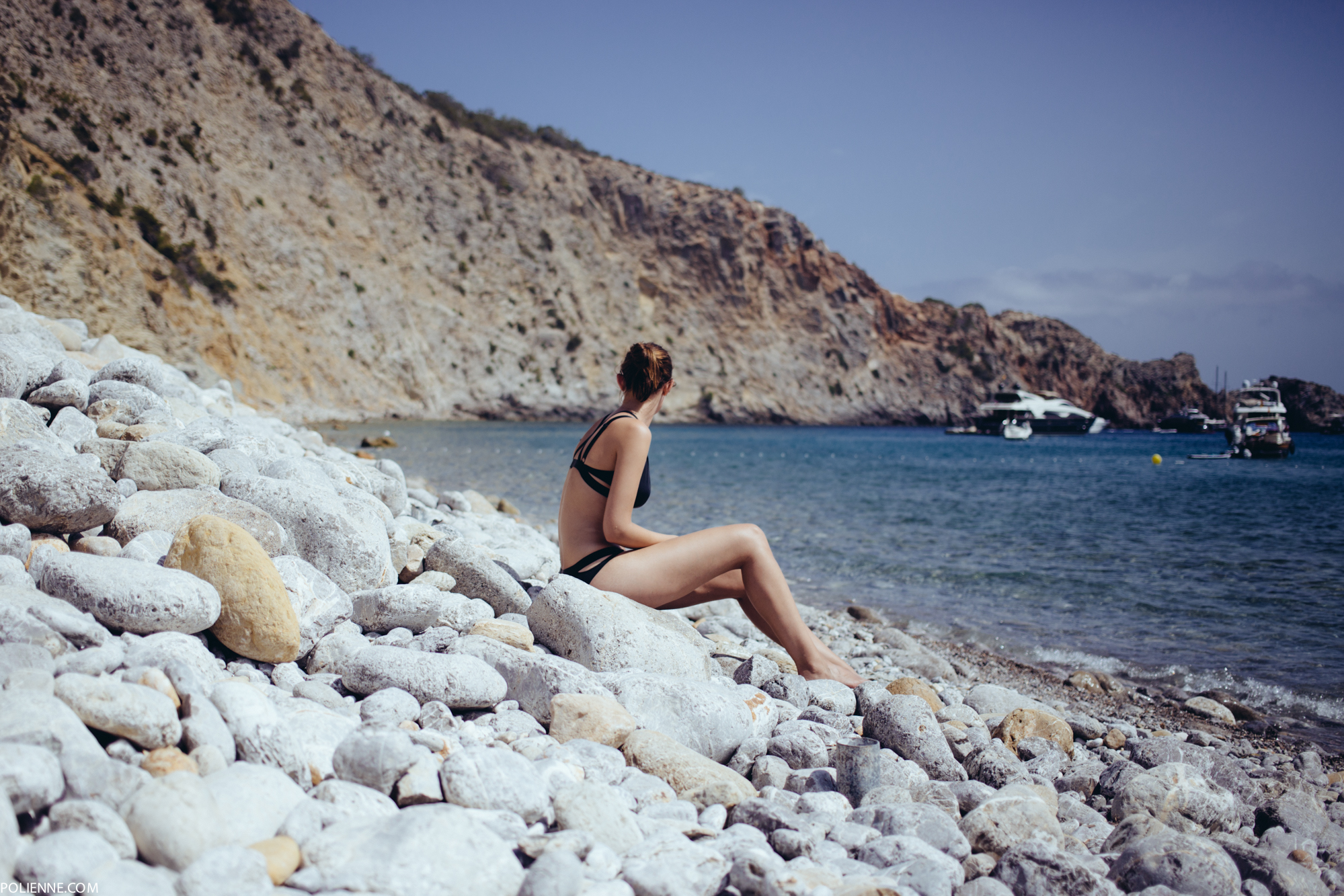 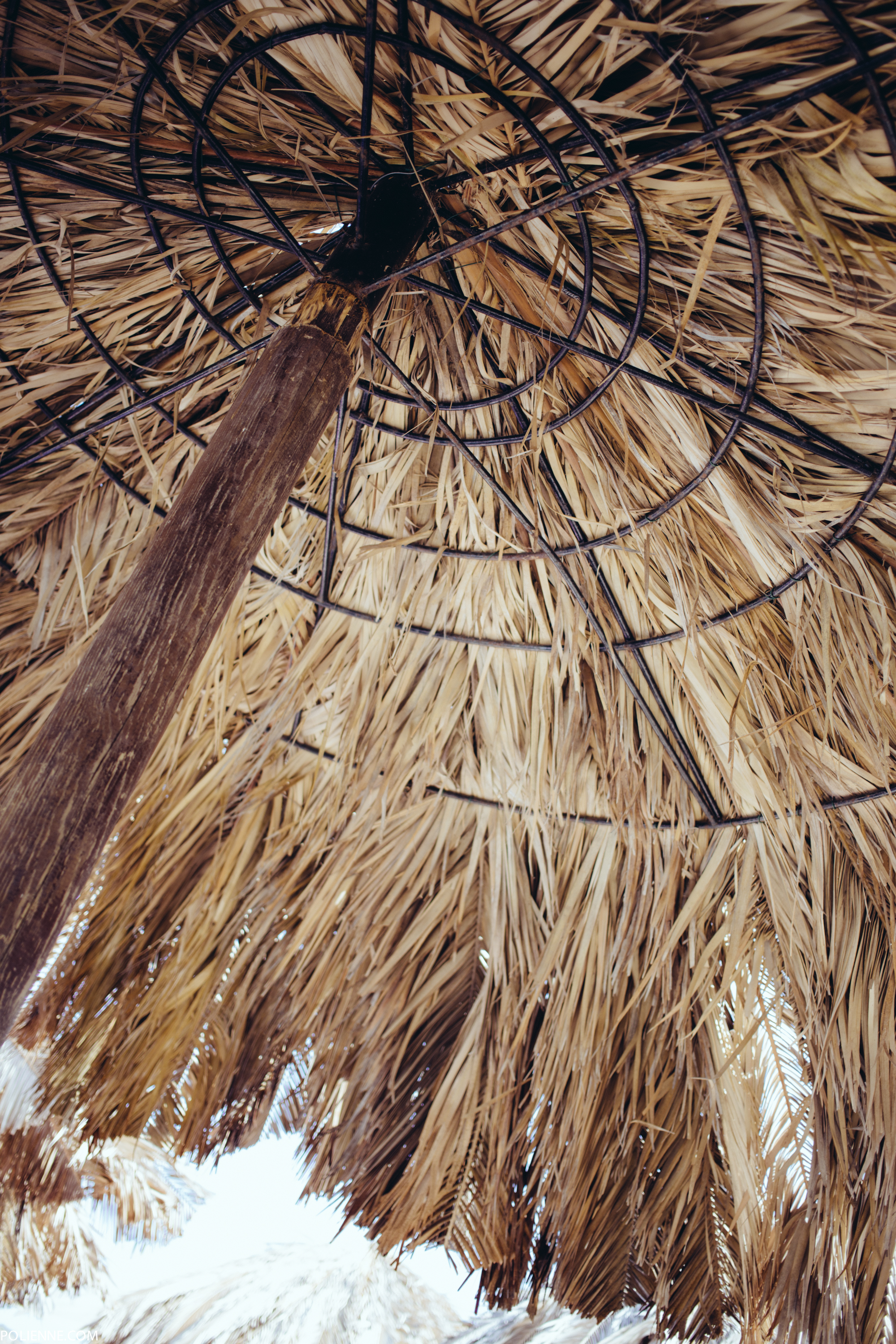 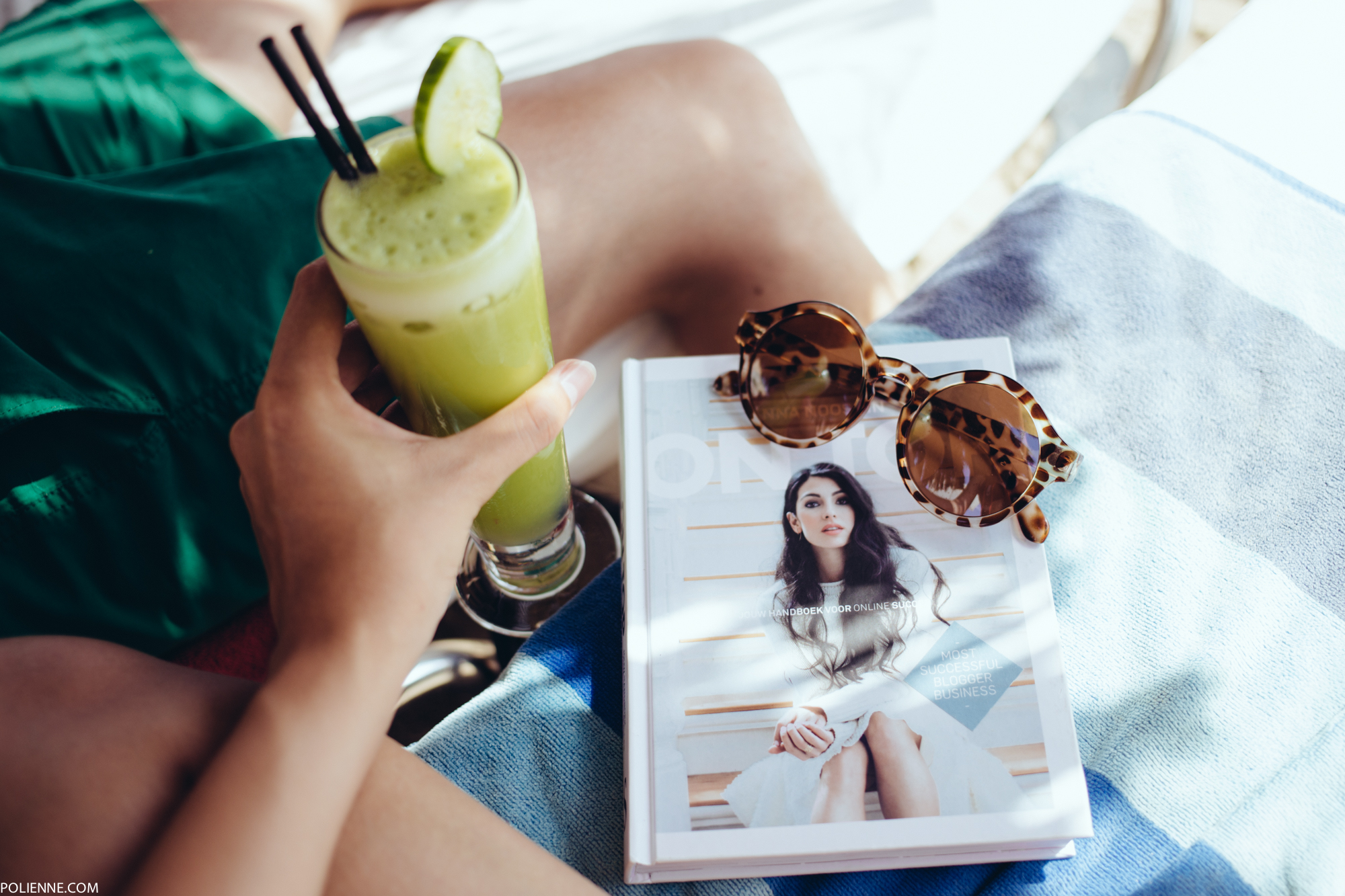 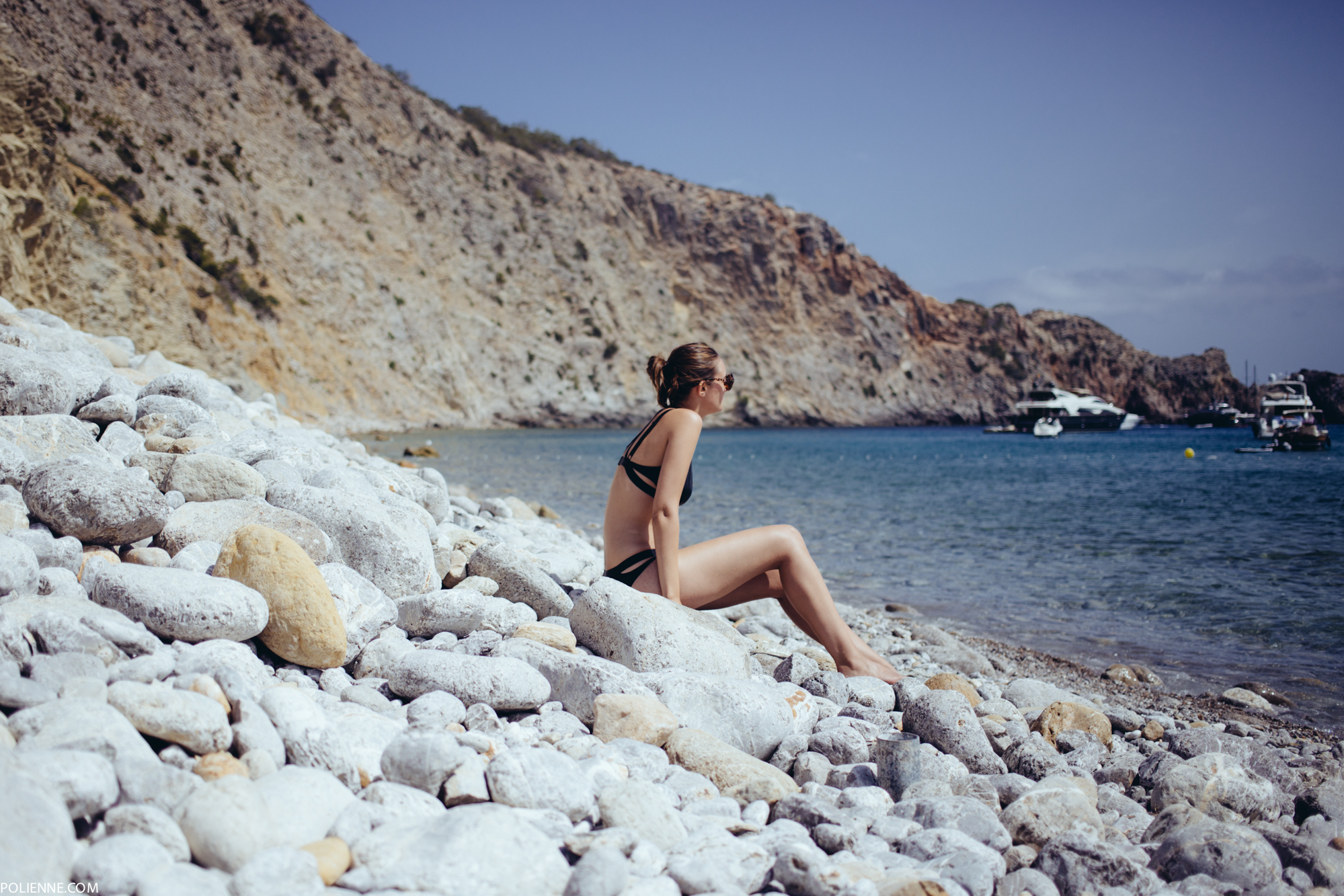